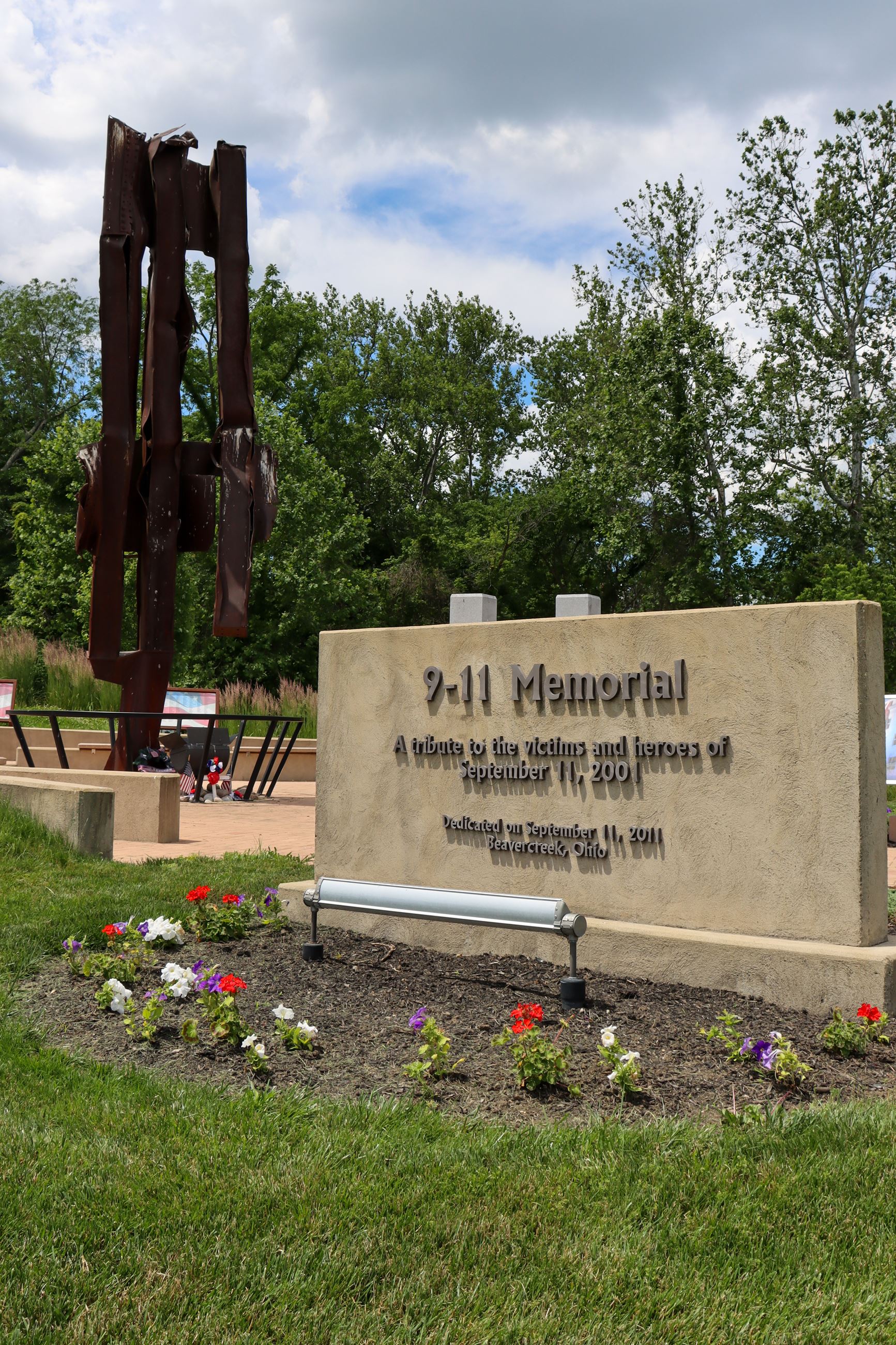 twisted piece of steel weighing more than two tons and standing nearly 25-feet-tall is the centerpiece for the City of Beavercreek’s 9/11 Memorial, located at Beavercreek Station, 1153 North Fairfield Road.

The 9/11 Memorial came about when the City of Beavercreek was given the opportunity to obtain a piece of the fallen World Trade Center from the New York/New Jersey Port Authority. A committee made of police officers, firefighters, and community members was formed to carefully select a piece and design a memorial. 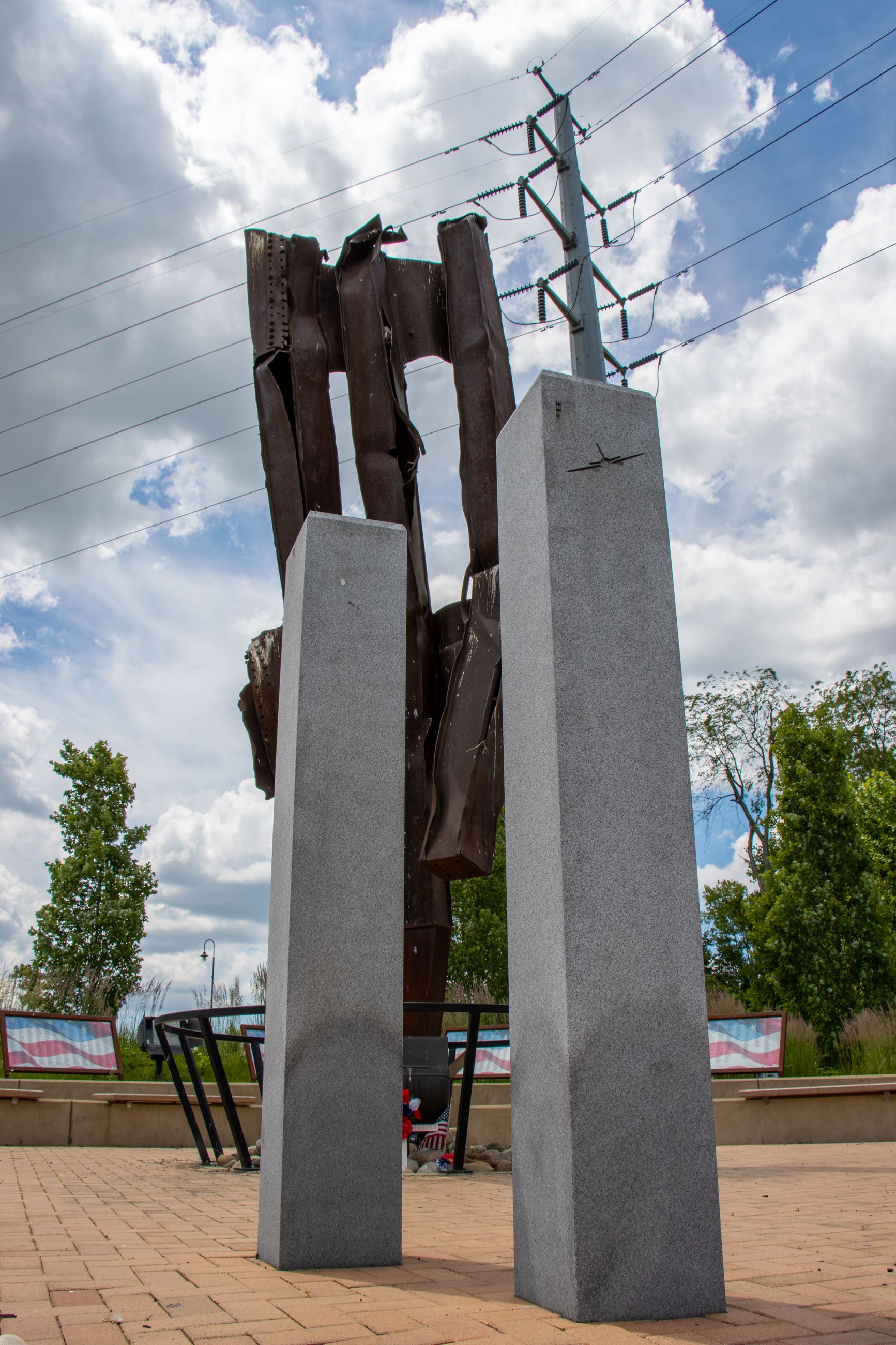 The piece of steel chosen was once located between the 101st and 105th floors of the North Tower. It was then transported back to Beavercreek by the Beavercreek Township Fire Department to be permanently displayed in the city.

The committee dedicated the memorial to the city on the tenth anniversary of September 11.

In addition to the steel monument, the memorial includes panels that display a timeline of events from that day. In front of it are two granite pillars, which represent the World Trade Center buildings. Behind it, are three panels that bare the names of the thousands of people who lost their life that day.

The memorial serves as an educational piece for those who are too young to remember the events that took place on September 11, 2001, and to remind others of the lives lost and sacrifices made on that fateful day.